Workshops Benefit Yogis of All Levels 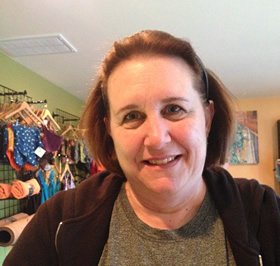 Paige got so much out of the first one that she’s now attending Sonya’s more advanced four-week series.

“I took the first workshop, Yoga for Beginners, because I wanted to experience and learn more about yoga and it was a series that I could commit to for 6 weeks,” Paige says. “I liked the idea that it would build each week. I then felt comfortable progressing to the second 4-week series, Yoga Basics.”

There are many reasons for attending Yoga workshops at YAM. The challenge is finding one that’s just right for you. Workshops allow you to try new styles of Yoga and learn proper alignment and postures from professionals who can give you the extra attention you might not necessarily get in a regular class.

“People don’t realize that specific poses actually can help with issues in the body. It’s always fun to see faces light up when they realize that yoga can be a natural and effective way to get rid of a headache or help in the treatment of fibromyalgia or as rehab for an injury, for example,” Sonya says.

Hot 26/2 instructors Janet Horn and Sean Heeney, both Bikram-certified who have worked together for several years,  are looking forward to helping students take their practice to the next level.

This workshop, in a mildly heated room, will be geared to both the beginner and advanced practitioner.

“A workshop is very different from a class. It is an interactive forum dedicated to help each student go to a deeper level of their practice,” says Janet, former owner of Bikram Hot Yoga Asheville who has been teaching for 30 years. “Personal adjustments and corrections, modifications for injuries and insight into the medical benefits will be discussed in detail.”

Sean and Janet’s workshop will give both the male and female perspective. Sean will focus on alignment and strength while Janet will discuss Yoga’s medical benefits and how a practice can help heal injuries. It’s unusual to have a workshop with two lead instructors. “You’re getting two for the price of one!” says Janet.

Many workshops, like the one to be held Jan. 31, allow participants to watch one another to see the different levels of a posture.

“I like to see postures demonstrated both right and wrong,” Janet says. “There is no heat or pressure to keep up so we can leisurely spend more energy breaking down each posture so you know why the posture is important.  You can learn how to be much safer in class as well.

And “workshops will help you build more confidence,” Janet says.

Paige would agree. “During Sonya’s first series, I noticed that I felt better not only physically, but I felt noticeably better emotionally. I felt lifted.”

All of these workshops help build a greater Yoga community, Janet says. You meet and share ideas with new people.

“You might even find a new Yoga buddy!” Janet says.